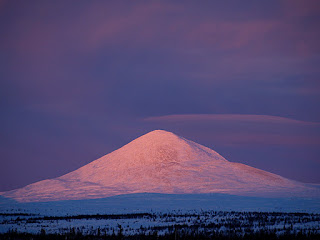 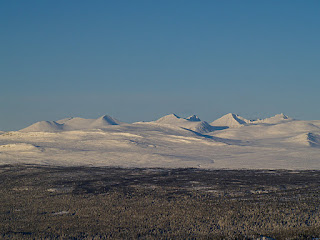 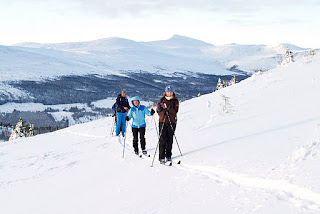 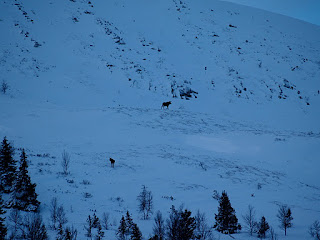 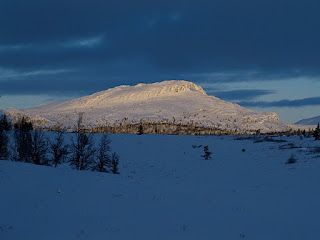 Happy new year from all of us at Venabu!
The blog is always best when Robert writes it himself, but since he is not at Venabu yet, I'll try my best. I was a bit worried three weeks before Christmas because there were hardly any snow. But luckily, it came, and we had more snow this Christmas, than last year.

Actually the whole year of 2011 was unusual. Less snow than usual, a very warm April that made us give up skiing in the middle of the Easter Holiday, then too much rain in June and bad flod in the Gudbrandsdalen valey. Even the main road, E6, had to cloce for 2-3 days because of too much water on the road (up to half a meter). The whole summer was more rainy than usual. Then it seemed to be no rain left, so the automn was dry and milder than usual, so when we started waiting for snow in october, we didn't get any! Luckily everything seems to be back to normal now!
I startet guiding again the 3rd of January and I had really been looking forward to it!! And since we got some more snow last week, I would say the snowconditions are very close to perfect by now! Almost all tracks are cut, and they even forecast more snow at the end of this week.
The light is always spesial in Desember and January. When we go out in the morning, by sunrise at 10am, the mountains are colored pink, and when we get back at 2pm we have the nice colors again, just an hour before the sun sets.
On Thursday we had a nice tour all the way to the top of Svartfjell, and we saw two elks on the way. That doesn't happen very often. The elks seems to be further down in the forest in wintertime.
Posted by wenche at Sunday, January 08, 2012